The month of Halloween is finally here, time for me to show you some of my very creepiest, ghoulishly freaky styles as per annual tradition, and I’m kicking it off with this post, showcasing the new Kauna bomber jacket which really is the bomb, and the freaky Dura mask & hair you can get at the new Kinky Monthly event (slurl teleport in style credits) as well as a new very morbid lamp by 22769/bauwerk. Stay tuned, if you dare, for more macabre mix n’ matches!

Epicene is open for another beautiful round with 20 great designers who have exclusives for all you fashionable hip girls and boys.

In my first post showing you exclusives from the event, I decided to do a tribute to cheezy/sleazy 80’s rock album covers with my own attempt at one, as done by my guest photographer ByrneDarkly Cazalet. You see the name of the band is EVIL and the album name is “Love Vagina” (which I incidentally, do indeed love) lol I found these neon signs at a cool Japanese place I had to take my blog shot there and it all came together. Signing midriffs at a stadium near you! Watch out for EVIL!

Round 2, the May round of Epicene is coming to a close after midnight SLT tonight, officially from June 2nd on it will be closed to the public until it re-opens on June 10th for Round 3! You’ve got one last shopping day to come by and get cool trendy exclusives for men and women, as well as many that function as unisex.

From Epicene’s current round I’m wearing the exclusive Zodiac star sign hat (in Aries version, but there are different huds with different signs you can buy for the hats) and editorial pose from WHITE CITY, as well as the really beautiful highly HUD-customizable unisex bracelets from Sweet Lies. Come down and pick these up today while you still can! 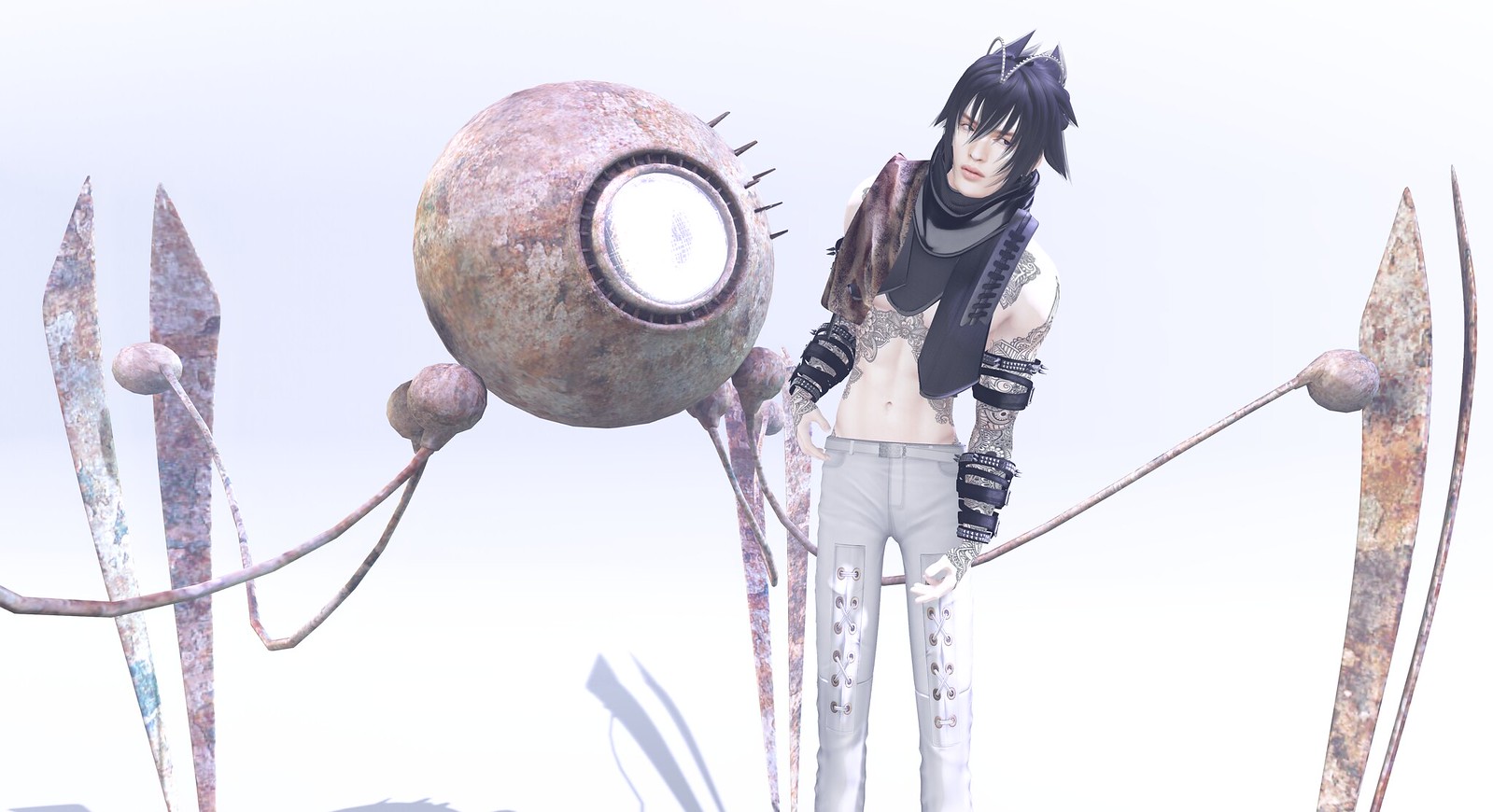 Hair Fair 2015 is ending tomorrow, July 26th, and it makes me sad because it was a good one this year. True, not too many styles for men this time around, but there were soooo many excellent free hairs, many of which could work unisex (or for your girl alt, guys you know you have one) that it was definitely worth checking the whole thing out.

Plus look at how creative this mohawk from Stringer Mausoleum is, made up entirely of utensils! Brilliant! Go get it while you can!